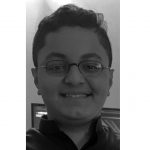 The Super Mario Effect is a concept derived from the popular 8-bit game, Super Mario Bros. It is based on the idea that focusing on the end goal of education rather than the obstacles or failures that may get in the way, ultimately leads to learning more. In the game, Super Mario Bros., you are tasked with saving the princess from the evil Bowser. While you will undoubtedly fail, you learn to take away from your failures instead of being discouraged by them, eventually seeing them as chances to improve rather than failures. This leads to improvement instead of demoralization. The current education system is based on testing individuals and penalizing those with low performance with even lower grades. This can often be discouraging to young learners, as failure can be daunting. It is important we stop viewing failure in such a bad light, as it is a crucial part of bettering oneself.

The same can be said for life – not in the same way as “having a positive attitude” or “never giving up”, but in such a manner that enduring the urge to give up is not done reluctantly, it is done with an innate desire to continue onwards. This eliminates the fear or intimidation that is often accompanied by learning new things, as one is focused solely on the end goal of learning. This essentially means that learning without fear of being penalized upon failure makes it much more likely one will continue trying. On the other hand, learning alongside the fear of facing a penalty upon failure may cause one to feel disheartened and focus less on learning. Schools should consider this in their education systems, as it can help students view learning as something more enjoyable, making it more likely that they will put in their full effort.

lecolepk
•
Follow
Really proud of our students for achieving such results, may you keep on shining!
View on Instagram |
1/6

lecolepk
•
Follow
Do you avoid talking about mental health? Are you uncomfortable or have you not gotten your safe space? Lecole encourages young kids to talk about what they are going through. Our doors are open to everyone! But we need a little cooperation from parents as well. Here's what parents can do to help them! 𝑭𝒐𝒓 𝒎𝒐𝒓𝒆 𝒊𝒏𝒇𝒐𝒓𝒎𝒂𝒕𝒊𝒐𝒏 DM us 📸 @Lecolepk Call us 📞 +9221-35848791 Website 🌐www.lecole.edu.pk Visit: 📍 211, Khy-e-Shaheen Phase 8, D.H.A Karachi* #lecole #RecognisedTeachingCentre #karachi #studentsoflecole #primaryeducation #secondaryeducation #students #mentalhealth #mentalhealthmatters
View on Instagram |
3/6 lecolepk
•
Follow
Let’s talk about music. For some people music might be a waste of time but at L’ecole we think of music as a medium for expressing. Most schools might not focus on music but we feel that every student must be given the opportunity to explore different avenues and let them pick where they want to go. Our music room has seen a lot of talent and we hope it will continue to do so. 𝑭𝒐𝒓 𝒎𝒐𝒓𝒆 𝒊𝒏𝒇𝒐𝒓𝒎𝒂𝒕𝒊𝒐𝒏 DM us 📸 @Lecolepk Call us 📞 +9221-35848791 Website 🌐www.lecole.edu.pk Visit: 📍 211, Khy-e-Shaheen Phase 8, D.H.A Karachi* #lecole #RecognisedTeachingCentre #karachi #studentsoflecole #MentalHealth #primaryeducation #secondaryeducation #students
View on Instagram |
6/6